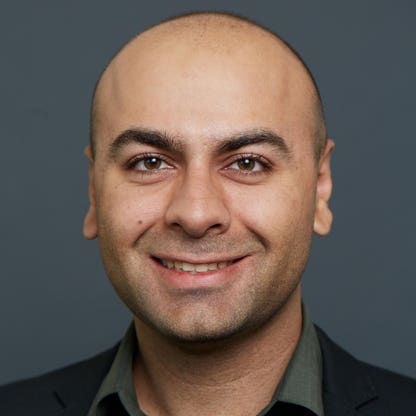 Shiv Gaglani completed an undergraduate degree in Biomedical Engineering at Harvard. He then studied the dual MD/MBA program at John Hopkins and Harvard. He did not graduate a medical doctor but instead co-founded Osmosis, a medical education company. Shiv was also an editor at Medgadget and is currently a contributor at Forbes.

What are the biggest challenges you’ve faced when building Osmosis?

I think it’s the realisation that what you want and think is cool may not be what the market wants. We spent the first two years creating a very sophisticated tech platform where you can upload your lecture notes on to Osmosis and automatically start getting content-related recommendations.

A lot of people still love it but it was a very small part of the market that wanted to use it.

What everyone wanted was videos. So we found a way to make videos that resonated. I think it’s really about understanding that you have to balance your vision with the market realities.

I think it’s really about understanding that you have to balance your vision with the market realities.

Has your MBA been useful?

Harvard Business School was transformative for me due to several reasons. Our first investors of Osmosis were my business school professors – really awesome people. One of them, Jeff Bussgang, taught a great class called “Launching Technology Ventures” which I still reference. He’s also the managing director of FlyBridge Capital and gave us our first six figure cheque to get going.

There are huge connectors. This week, I’m going to Argentina for a friend’s wedding. That friend works at Apple and has been helpful in helping me think through data at Osmosis. I just think it’s the fastest way to develop meaningful relationships with people who are really interesting. You can also do that independently – e.g. you can go to conferences, reach out to people.

The converse is that I did take a step back because I was working on Osmosis while being a full-time student. So perhaps we grew a little slower than we could have.

Do you think the medical degree prepares you well for entrepreneurship?

It’s interesting you mentioned that. I wrote an article a couple of years ago when starting Osmosis about why medical schools are pumping out entrepreneurs. There’s a bit of a bias but at Hopkins, the class of 2013 had two entrepreneurs who started a symptom checker company that was funded. Class of 2014 started a company that does clinical trials solutions that was funded by Rock Health. I was in Class of 2015 and we started Osmosis. The class below had two entrepreneurs that started a cyber-security company that’s doing really well for reducing leakage of medical information from hospital networks.

Some of these medical students who ended up becoming entrepreneurs dropped out fully. Some went back to finish their degree. I think medical schools tend to attract students who are passionate and you need that to be an entrepreneur. It also attracts people who can delay gratification. You’re signing up when you’re 18 or 19 years old for at least a ten-year training program to become a clinician.

It’s the same with entrepreneurship. It’s not an overnight success – it takes years of commitment. As well as passion, you need to know that this is truly a marathon with a lot of ups and downs – just like medical school would be.

Conversely, I do think a lot of people who do go into health professions are a bit risk adverse which is why entrepreneurship might not be right for them. Ultimately, I think everyone is capable of being an entrepreneur or a doctor. It’s just a matter of which weaknesses you want to fill and which strengths you want to double click on.

As well as passion, you need to know that this is truly a marathon with a lot of ups and downs

What do you recommend to medical students who are interested in entrepreneurship and would like to find out more?

There’s a great book called “What you do is who you are” by Ben Horowitz about building a business culture which I’d recommend.

The Lean Startup is also very helpful. It’s important to understand that you don’t have to quit med school in day 1 and raise 20 million dollars to be successful. Just generate an MVP (minimum viable product) and double dip.

It’s important to understand that you don’t have to quit med school on day 1 and raise 20 million dollars to be successful.

What are some ways a medical student can be helpful to tech entrepreneurs?

There are several ways. You can be a connector. For example, if it’s a diabetes startup, you can connect them to your endocrinology professor who’s a specialist in diabetes. Secondly, hopefully you can use your own clinical expertise to help. A lot of digital health failures come from companies that did not get enough clinical expertise.

A lot of digital health failures come from companies that did not get enough clinical expertise.

Apart from directly speaking to customers, are there any other ways to assess if you’re capturing the market?

Being metrics-driven helps. It’s important to distinguish real metrics from what Lean Startup calls ‘vanity metrics’ – these are things like signups which if given enough time will always increase. I would say understanding metrics and doing customer interviews are both important.

What are your thoughts on some of the companies in China doing work in education using AI – for example, Squirrel AI?

It’s obviously very controversial. AI is such as catch-all phrase and you can’t just group them all into one bucket. There’s different quality of AI depending on your data set and what goes on in the black box. I think one concern about AI in general is bias.

I think one concern about AI in general is bias

Are there any other digital health companies are you excited by?

I love the coaching companies like Omada and Virta. Both Sean and Sami are incredible founders and I try to learn from them. They have taken a community-driven approach. I think direct-to-consumer companies like 23AndMe are also cool. I like the fact that they’re getting people engaged in their own healthcare which is good so long as it’s done in a responsible way.

They’re getting people engaged in their own healthcare which is good so long as it’s done in a responsible way.